Madam Warton, of the Walhalla, Leicester Square, London will play the part of Lady Godiva. Her husband Mr. Warton will ride as Edward The Black Prince.

Madam Warton returned to the City in October with a company of male and female artists forming in the Coventry Theatres.

The discontent caused by the 1842 Lady Godiva rumbled on, with an “Anti-Lady Godiva Society” being formed, either in truth or in jest. Either way, the local newspapers had enough of the debate and began to refuse printing letters on the subject. 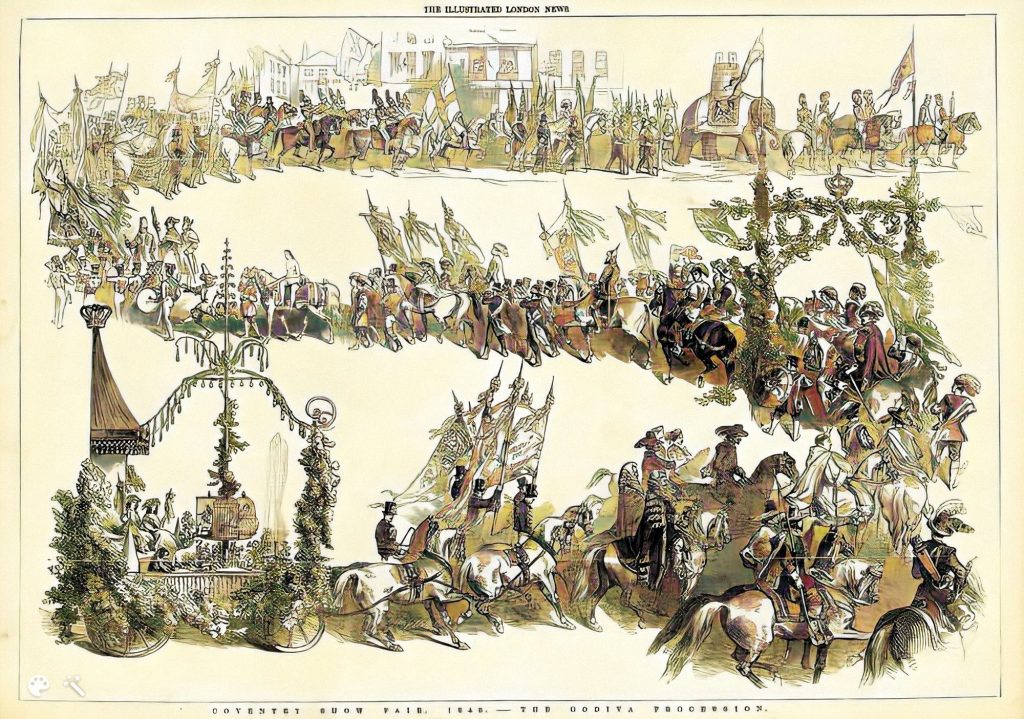